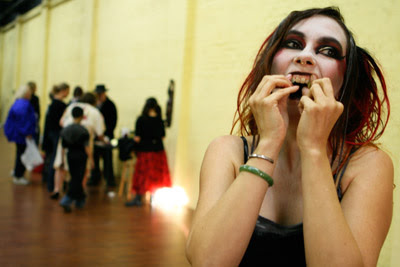 We just had YEAR SIX of Thriller: Live in the Streets of Downtown Lexington, and it was probably the greatest yet. Over 100 zombies. 3 Michael Jacksons. And about 3000 people downtown to watch. Even an appearance by Buffy the Vampire Slayer.

It’s hard to underscore what a great event this is, what a great community art event — but I want to try. Mecca Live Studio is the organization that conceived of this and makes it happen. Certainly, other organizations — notably WRFL-FM and LFCUG Parks and Rec — are to be mentioned, too. 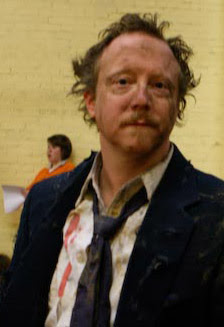 But it’s funny — this “dancing Thriller” concept has become oddly widespread and is done all over the place: in prison, even. For that matter, some enterprising, promotionally-minded people even opted this year to try for a Guinness Book world record by coordinating Thriller dancers around the world through a web site. And yes, Lexington dancers participated in this event, called Thrill the World.

But that felt odd to me, and here’s why I feel the need to shout out to the Mecca peeps, especially Mel, TT, and Jeff. I feel an inner certainty saying this, but can’t prove it: I think they did it first. If they didn’t do it first, they did it nearly first. And I want to say “we” instead of “they,” because the Mecca peeps are some of the most dedicated community artists that I ever expect to know; but still I want them to get credit. Ironically, even more than they want credit, I might venture. 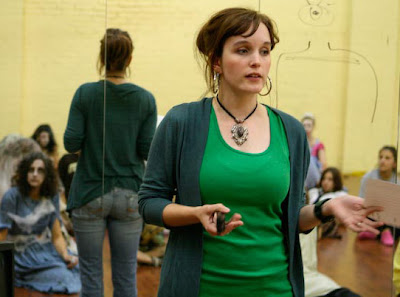 So even if I can’t prove it, I wanted to say it: Thanks to Mecca for such a cool thing. It’s great fun that people are doing this all over the place. It’s community art, pure and simple. There’s no admission, no big commercial sponsorship, nothing but everyday people who want to learn a great dance and get out and put on a show watched by thousands. How cool is that?

Thank you, Mecca. For your humble and friendly greatness.

Video of this year’s Thriller is starting to appear. There’s already this one. And this one. And there are more video cameras and photographers downtown every year. So while you’re waiting for more youtube and flickr posts, go see what a great thing we’ve got going on by looking at past years.

I’m working on editing the new pix and will put them up soon.

PS: This also shouldn’t go without saying: Thanks to Michael Jackson, John Landis, Vincent Price and all the fantastic dancers and production people that have amazingly cemented Thriller into our collective memory.