I’m 41 years old and I’m going to see Rush on Saturday. That should be depressing but I’m so excited. It’s been more than 25 years since I sat in my best friend Tim Haney’s basement and boggled over the mystery of Cygnus X-1, a song that ends “to be continued…” Whoa. Tim had filched older brother Jaye’s copy of A Farewell to Kings and it was just one of the most intriguing things either of us had ever seen or heard. What would I have thought if I’d known that I’d be going to see Rush so many years later?

There’s something about Rush that fires the furnace inside of teenage boys in a way that cannot be denied. I barreled through my teens listening to “Tom Sawyer” and “Red Barchetta” thinking that there was nothing in the world that I couldn’t do if I really wanted to. The music of Rush assured me that I had an important place in the universe —that in fact, we all did should we chose to accept such a mantle. Does that sound breathlessly grandiose? Of course it does! That’s what Rush is about somehow.

What really excites me is that I’m going to see Rush with some of my oldest friends and, while our friendships are somewhat disparate and we don’t always spend a lot of time together these days, we still have Rush. And while we listen to all manner of music (I am an ultra-hip-on-the-newest thing college radio deejay, I must belabor), obscure, mainstream, in a variety of genres, we still have Rush.

So why is it then that Rush inspires a kind of timid or reluctant endorsement as we get older? There’s almost “the Rush smirk,” the sideways look you know you’re gonna get if you bring up Rush among those who claim any degree of modern music fandom or scholarship. It’s as if my briefcase (if I had one) fell open and was full of Tinker Toys or Legos. 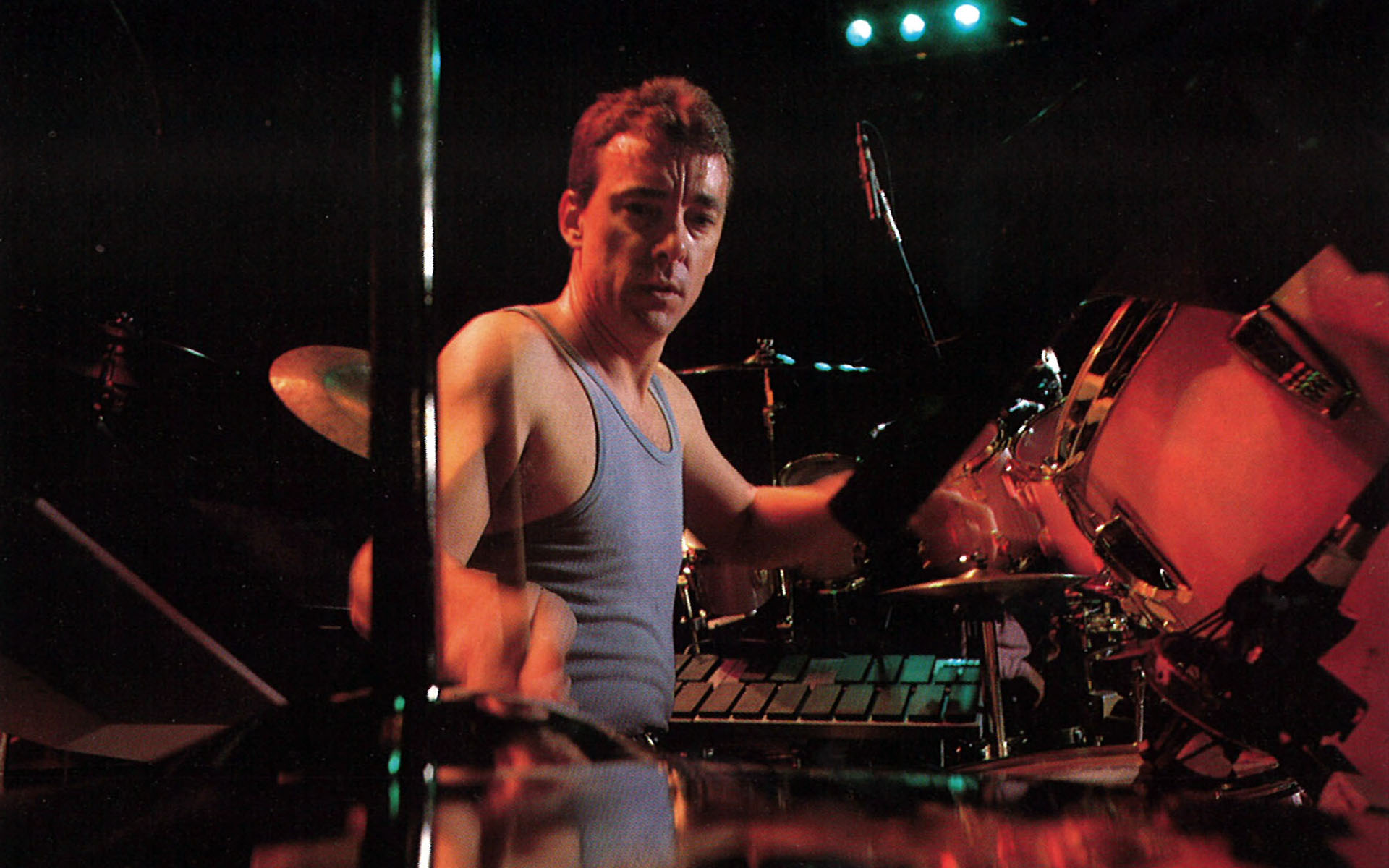 And what’s funny is that this attitude will frequently be adopted by people who quite possibly loved Rush when they were younger. Almost as if we’re saying I’m so much more sophisticated now, but when I was a kid… sure! Maybe it has something to do with that delicious burning with which we once felt those Objectivism-inspired Neil Peart lyrics (who among Rush fans wouldn’t have given anything to have dinner with our teenage intellectual god? if only to say “Neil, what should I do with my life?”) coupled with the oft-repeated — and so inaccurate — labeling of Rush as a ‘metal band.’ Please. Nothing really against metal for the purposes of this point; it’ s just so wrongheaded as to miss the entire point. Which is: There really isn’t any other Rush. What’s weird is that so few bands ever even come out into the light with their Rush inspiration. (The Smashing Pumpkins used to do “Limelight” in their encore, and Mixmaster Mike of the Beastie Boys does this great “Tom Sawyer” cut-up prior to Beasties shows). Recently, Chuck Klosterman, epic and hilarous rock writer that he is, wrote a fantastic essay on “The Spirit of Radio” for Esquire magazine.

So where am I going with this? Maybe it’s this: Rush is just like Star Wars for me. That elemental. And just as I don’t tend to watch Star Wars very often these days, neither do I tend to listen to Rush. But they both resonate to this day. They’ve both lost little of their sway over me and the way my brain works and really the values that I hold.

Recently, I’ve been reading, for the first time, The Lord of the Rings. I have always felt that not having read the Tolkien tome was an oversight by any supposedly well-read person. And one of the treats of this reading is seeing some of Rush’s own influences. “Rivendell” is obvious, and even somewhat hamfisted, one must admit. But “The Trees” shines still, in both word and music.

I learned so much from Rush, and I can’t wait to see them for the 3rd and probably last time. I doubt that I’ll need to see them again, honestly; this is kind of a “touching base” with my roots. It’s less a testament to any continued adulation, than it is a celebration of who I am in my 40’s. This person—this person who takes pride in a renaissance attitude, in a continuing zeal of discovery—owes plenty of that attitude to Rush. 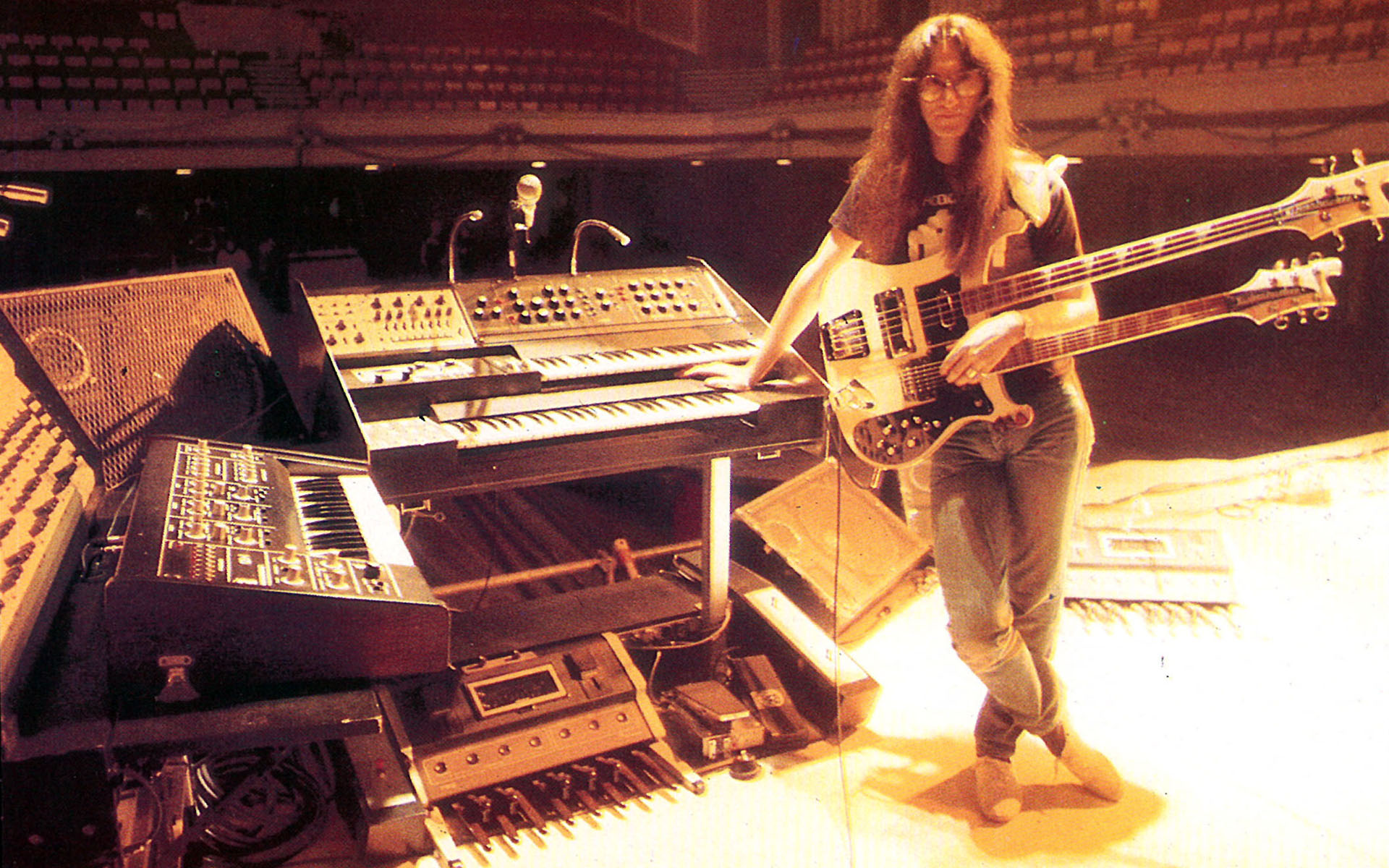 And I don’t expect them to be the same band that I loved (although I of course can’t help but want them to be), but that’s mostly because Rush taught me not to expect that. “Changes aren’t permanent, but change is,” was just one of the many little life lessons that peek through those overwrought lyrics. This from a band that has, unbelievably by any measure, had the same roster for over 30 years. Almost no other band can claim that. Name one band. By and large they’ve always been married guys who have shunned the spotlight outside of touring (okay, Alex did get arrested with his son awhile back). I remember hearing, many many years ago, when they played Rupp Arena that they were seen playing tennis at the Hyatt. I’ve always held the funniest mental image of boney gargoyle-like Geddy Lee in tennis whites with a headband on. (And thanks to the Internet, here it is)

Rush just carries on. They are the essence of what one might call progressive rock. They just keep progressing and kids keep graduating from the school of Rush. It’s not like they ever sold out. It’s not like they’ve ever had a bigger hit than “Tom Sawyer.” But they have made million-selling record after record and have a die-hard audience of — guess who?— teenage boys full of fire, ambition, and what might be called intellectual angst, I’m guessing.

The funny thing about Rush, is that despite having “outgrown them,” I’ve always trusted them. How does a band inspire trust? I’m not really sure. I have just always felt that Rush wanted me to be the very best person that I was brave enough to be. In Rush’s music, the message was always Go! Do! Be! whether in my personal odysseys or even in relationships.

I’m still trying to do that, and I will always love Rush for their unflagging encouragement.

Last note on “The Starman,” the longstanding emblem of Rush. Neil Peart says: “All it means is the abstract man against the masses. The red star symbolizes any collectivist mentality.”