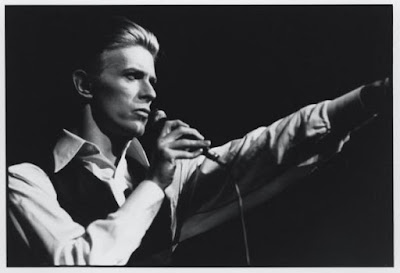 I keep thinking about him. Listening to his songs.

Being surprised that I’m so moved by the loss of him in the world. Reflecting on his significance to me personally but also on how he shaped popular culture, almost insidiously.

Most importantly, I’ve bathed in the human connections of the last several days — talking about David Bowie with my dearest friends, and also with casual acquaintances, people who by their own admission weren’t huge fans, but nonetheless have been, like me, unexpectedly moved by his passing. It’s incredible to talk to so many people, from college students to my mother-in-law, about their impressions of him.

He really was, in a multifaceted and astonishingly unique way, The Man Who Sold The World… On himself. On the idea of relentless personal reinvention. On the idea, as my friend Jonathan Piercy said, that “being yourself doesn’t mean you can’t be a million different things.”